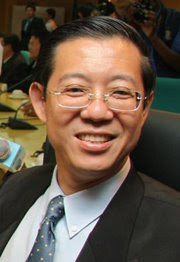 The project, which commenced in January, is expected to be completed in early 2013.
Posted by Billgates at 7:17 AM