Chong Wei to get Datukship - NST 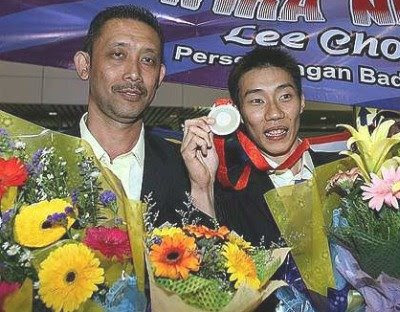 Chief Minister Lim Guan Eng said Chong Wei was being honoured because he had done not only Penang but also Malaysia proud with his achievement as the first Penangite to win a silver medal at the world’s biggest sports event.

“Even though Malaysians were disappointed that he failed to win the gold medal, we are proud of his singular achievement which has brought joy to both state and country,” he said at a news conference here today.

He said the Penang state government hoped that this recognition of his achievement would spur Choong Wei to break more records and achieve greater success to win greater glory for both Penang and Malaysia.

Lim said Governor Tun Abdul Rahman Abbas consented to award the Datukship to Chong Wei in his meeting with the chief minister at the governor’s residence, Seri Mutiara, here yesterday.
Posted by Billgates at 3:27 PM