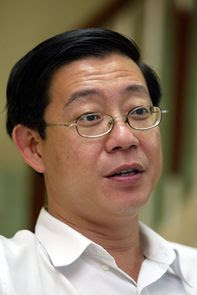 Islam is a universal way of life and does not discriminate against race, said Chief Minister Lim Guan Eng.

The DAP secretary general, in his statement wishing Muslims a happy and well Ramadhan month, said he believed that Islam is based on the core value of justice without taking into account the differences in races.

"This I fully respect. So, I hope this will be the main core to all efforts to strengthen the unity between all races in this country," he said in a media statement today.

He said the Ramadhan month is a time to test the patience and strength of Muslims while fasting and the non-Muslims should also reflect on this together with Muslims.

"He said the understanding between all races will only unite all and continue to bring development to the nation," he said.

He said he was confident that Ramadhan would fill every Malaysian's heart with the spirit of genuine unity and that the month brings justice and harmony.

"Ramadhan should be used as the basis for us to rise and fight against negativity such as corruption, abuse of power, wastage and work hard to create a society that is fair with equal opportunities for all as encouraged by religious teachings," he said.

As the Penang Chief Minister, Lim gave his guarantee that the CAT (competency, accountability and transparency) principles will be practised without fear or favour to ensure a clean state administration.

"As the DAP secretary general, I give the assurances that our fight which is also based on CAT will ensure our efforts to fight for a clean country and society," he added.
Posted by Billgates at 11:29 PM